CLAIRIN, THE RHUMS OF HAITI

Haiti is the last frontier of rhum, and “Clairins” are the rhums of Haiti. At the leading-edge worldwide, no-one before Velier had made an unimaginable discovery: in the whole of the Caribbean there are 49 smoking distilleries, in Haiti alone, no less than 532!

They are artisanal, artistic producers, some tiny, spread throughout the only area of the Caribbean as yet untouched by Western “modernisation”, and as such, still wonderfully “pure”: native, non-hybrid varieties of sugar cane, chemical-free agriculture, spontaneous fermentation without selected yeasts, “archaic” distillation and no filtration.

The Haitian distilleries are almost always in the middle of the plantations, not only of sugar cane but in polyculture; they are sheds to which the cane is carried on the back of mules or in carts pulled by oxen.

Here it is pressed with small mills, and the juice is usually fermented in wooden tubs. The boiler is fuelled by dried cane fibre and the alembic is ancestral, a discontinuous direct fire pot still, often with a small rectification column with a maximum of six plateaus and a wooden chauffe vin tub: a structure similar to that brought by the French in the second half of the 18th century.

THE SPIRIT OF HAITI
PROTOCOL

To preserve the typical character of Clairin and prevent possible future speculation, the distillery decided to draw up a protocol of rules that these products must comply with and called it “Triple A” protocol (agriculturists, artisans, artists).

For agricole rum, which is called Clairin in Haiti, to obtain a “Triple A” designation, it must be produced respecting the rules of the following protocol: 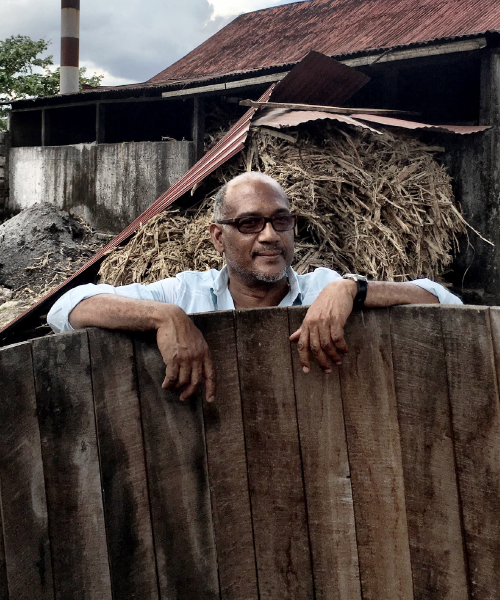 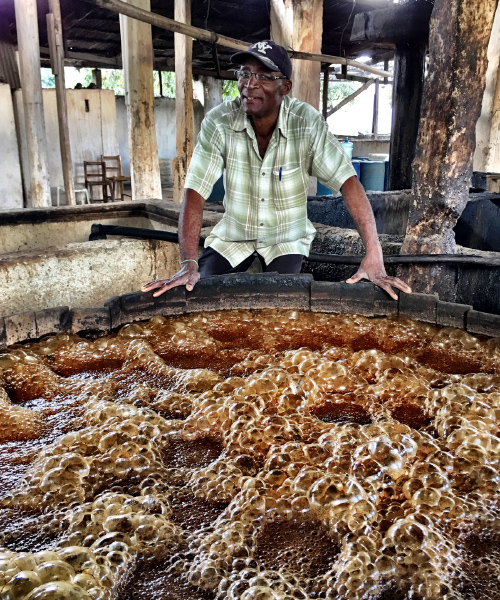 FOLLOWING THE SPIRIT OF HAITI:

When you make cocktails following The Spirit of Haiti you should first look around you and find the best ingredients from local farmers and local varieties. Do you think a Haitian person would import lemons from Sicily or oranges from Spain for cocktail making?

Apart from hotels, there are not many (maybe one) cocktail bars in whole of Haiti. Cocktails you normally drink in Haiti are made with very basic imported spirits or local rum. Clairin is mainly consumed neat or in basic “serve” instead of “mixed cocktails”, and it is a spirit for daily consumption just as much as wine is.

A NEW COLOUR OF MIXOLOGY

Being a forgotten taste, Clairin is the perfect base for new creations, almost like a new colour for a painter. It is also a new flavour for twists on classics. Some classics were created a very long time ago, a time when rum had a different, stronger and more authentic taste. Surely rum, when punches were mixed for the first time, were closer to Clairin than modern rum.

Clairin is a forgotten yet brave spirit because it brings to bartenders a taste from the ancestral methods of rum making. As any unique ingredient, Clairin’s flavour kind of dominates the scene in cocktail making but it is also a great “fragrance/scent” to be added for making the difference in any creation. 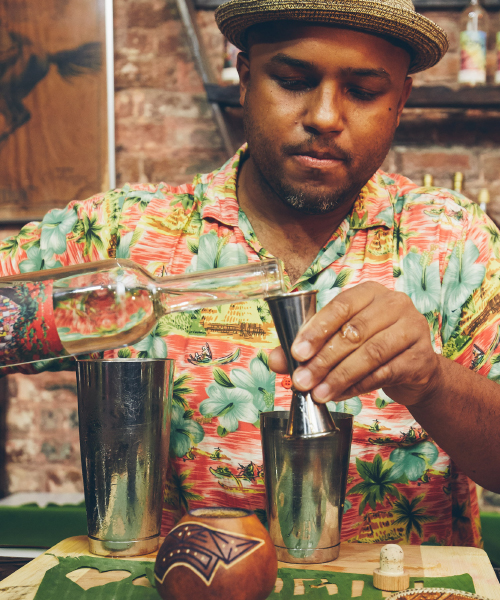 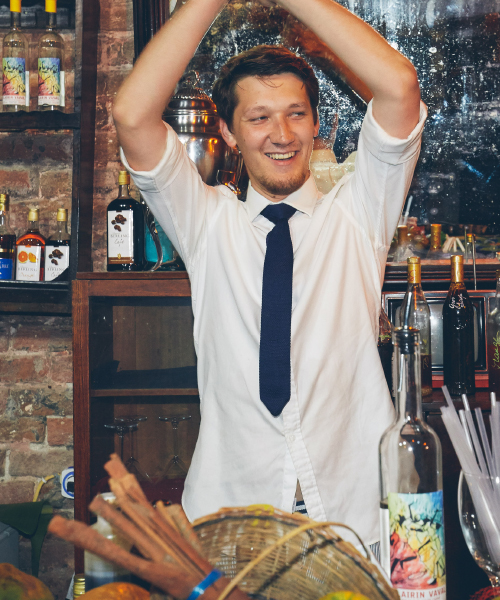 EVERY BATCH HAS A DIFFERENT STORY
EVERY BOTTLING WILL BE UNIQUE

A recipe can change depending on the batch of a same Clairin because:

This authentic Clairin Traditionelle is the result of the blend of four spirits from the municipalities of Cavaillon, Barraderes, Pignon and St. Michel de l’Attalaye. They are produced by organic sugarcane, cultivated without pesticides, fermented with natural yeasts and distilled in small pot stills, a heritage of the French colonisation. Presented in this version at 43% abv is a product particularly suitable for mixing. 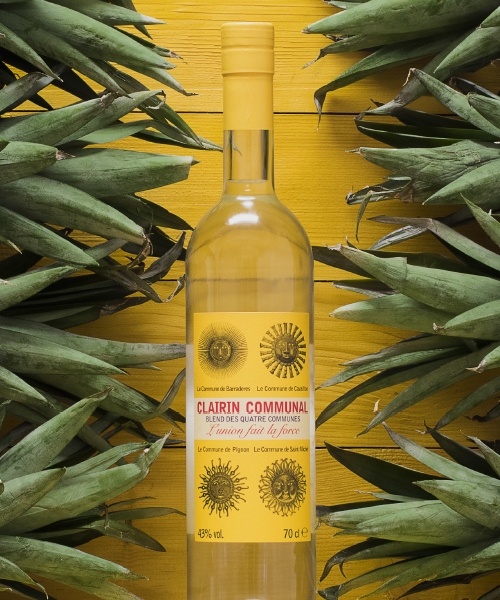 Communal is a blended Clairin, a mix of the four distilleries, the slightly lower abv and the combination of flavours are bringing to bartenders a great balance and a more regular consistency. Clairin Communal can be used instead of any white rum in classic recipes or very creative signature cocktails. Communal is the ideal Clairin for easy twists on classics, just by replacing the basic rums any bartender can make the difference.

“FOLLOW THE SPIRIT OF HAITI, JUST A FEW INGREDIENTS, IN THIS CASE ONLY TWO, ARE MORE THAN ENOUGH FOR FINDING THE RIGHT BALANCE”

In 2015, The Spirit of Haiti built a small warehouse in Port-au-Prince to age Clairin.

Several barrels have been moved to this facility, already used to store and age rums from distilleries such as Caroni, Hampden, Worthy Park and Bielle. Other barrels of diverse provenances – sherry from Bodegas Lustau, many cognacs and whiskies – were likewise moved to this location to serve for aging. Velier also donated all barrels used for its 70th Anniversary releases.

A selection of Clairins from Sajous, Vaval, Casimir and Le Rocher were chosen to age in these barrels, further developing their already impressive aromatic profiles.

Starting in 2016, 30 casks of aged Clairin – called Clairin Ansyen – have been released, carefully selected by Clairin World Championship winners and a few other industry influencers.

They represent a new chapter in the history of Clairin as they are among the first expressions to be aged in some of the most legendary barrel in the world. 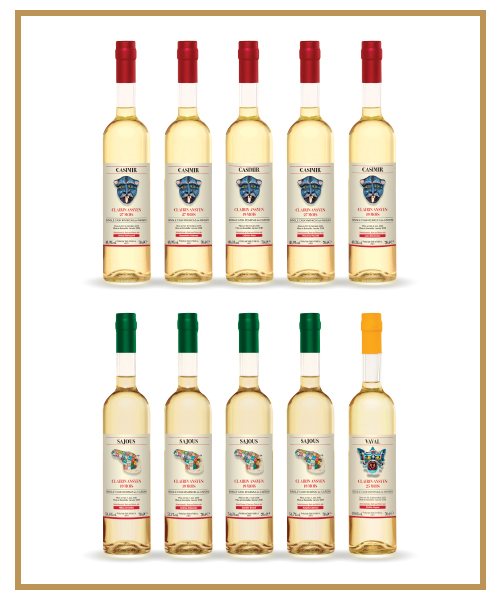